The Vegan Lifestyle and Ethics 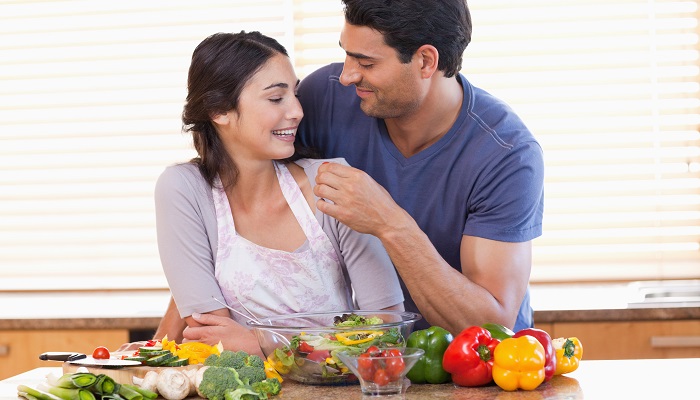 The vegan lifestyle has many benefits that you may not have considered. Vegans don't use any animal products and try not to buy anything that's made from animals. This includes all types of food, items for your hair or skin, shoes and belts. Animal agriculture is responsible for around 14.0% of global greenhouse gas emissions. That's more than the entire transportation sector combined, which includes all cars, trucks, trains and aeroplanes. By going vegan, you are helping reduce the number of animals that suffer and die on a daily basis. Vegan diets also use less water than meat-based diets do. In fact, a vegan saves almost 200 gallons of water per day! By adopting veganism into your life, you will be able to save animals, improve your health, and reduce the environmental impact on our planet. You will be doing the environment a great service!

However, adopting veganism into your life can be a difficult decision. It requires you to give up many of the staples in your diet, such as eggs and dairy products. You might be wondering how you will get enough protein, calcium or B12. Fortunately, it is possible to get all the nutrients that are essential for optimal health from a vegan diet. It just takes some research and planning on your part to figure out what works best for you. Being a vegan also mandates that you adopt vegan ethics by not wearing any animal-based materials or purchasing anything that is made from animals. In this article, I will introduce you to the vegan lifestyle by discussing its benefits. Once you understand how adopting a vegan diet can help improve your life, I hope you'll give it a try!

If you are ready to take on veganism, here are some tips for adopting veganism into your life:

The first step to becoming vegan is to educate yourself on what being vegan really means. You need to know that there are several types of vegans: raw food vegans, junk-food vegans, and so on. Knowing which type of vegan you want to be will help you avoid any setbacks! Once you've decided which type of veganism best suits your lifestyle, you need to learn about the various benefits of veganism. There is so much information out there about veganism; it's important to do research before making the commitment so that you know what will be expected of you while living this lifestyle.

These sites are great for networking with other vegans who offer support as you make the vegan transition. There is a lot of information about veganism on these sites, so you can easily find recipes, advice and guidance. You can also meet like-minded people who share your interest in adopting the vegan lifestyle. Your new friends might even have some tips for you that they've learned along the way! If you are single and looking for vegan singles, vegan social networks and vegan dating sites such as vegan-dating.net are great places to find vegan love.

3) Make Veganism Easy on Yourself!

It is important to make the transition from non-veganism to veganism easier for yourself. To do this, you need to plan ahead and try not to make too many drastic changes all at once. For example, if you eat meat every day for dinner, it might be difficult for you to completely stop eating animal products overnight. Try getting into the vegan mindset by planning your meals ahead of time and incorporating more vegan substitutes into your diet. Eventually, you will be able to cut out meat proteins from your evening meals and replace them with plant-based alternatives. Don't let yourself become overwhelmed by taking on too much change at once! Instead of going vegan overnight, transition into veganism gradually. Start eating more vegan meals and then slowly eliminate all animal products from your diet while keeping the vegan options you had before around. There are vegan substitutes for many of your favourite non-vegan foods, such as vegan cheese and eggs made from chickpeas instead of chicken eggs.

If you are unsure about your ability to give up certain foods, don't veganize them! Veganizing something means that you make it into a vegan version of itself. For example, if you love cheese pizza, try making a soy-based plant-based cheese pizza that is delicious and cruelty-free instead of trying to turn it into a cauliflower crust vegan pizza. Veganizing food can be complicated and it is easy to get overwhelmed when you are first learning how to adopt a vegan lifestyle, which often leads to failure. It might take some time before you figure out how to perfectly cook vegan versions of your favourite foods, so avoid trying to veganize your favourite meat and cheese dishes by simply removing the animal products. You will not be doing yourself any favours as you transition into veganism if you continue to eat these "fake" vegan versions of your old favourites. Instead, veganize vegan dishes by using vegan ingredients in your favourite plant-based recipes.

This is the most important step. It's not enough to simply adopt veganism into your life and then slowly transition out of it. By going vegan, you will truly be helping our planet in a big way!

Follow vegan social media accounts for tips and tricks as well as animal rights updates, so that you can continue being an ethical vegan.

Veganism is a lifestyle; it's not something that you can just give up when it becomes difficult or inconvenient to maintain. It will be difficult at first but once you get into the swing of things and find vegan alternatives for most of the things you use and eat on a daily basis, veganism becomes much easier. You will be surprised at how easy veganism really is!